I'm married to a man who is not only handy, but nice to look at while he's workin'. One of his favorite things while he was growing up was to go get wood with his dad and uncle. Not only did they get wood for their own families to last through the winter - it was their only source of heat - but they got wood for the widows in town as well.

Marty inherited two very LARGE chainsaws that were retired from the local logging company when it went out of business. They are industrial sized chain saws and they're so heavy that I don't like to even carry them from the tool shed to the pickup - and I'm a fairly tough girl who carries heavy horse feed everyday. I truly don't understand how he can run them for hours like he's been known to do. I guess he can because of these..... 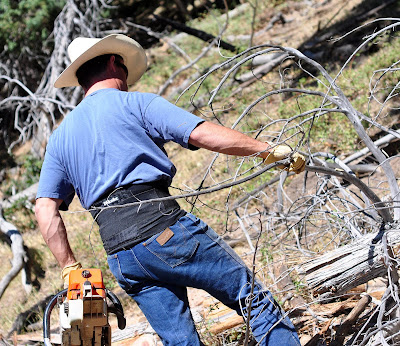 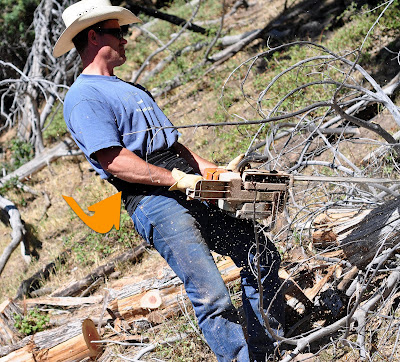 Pioneer Woman calls her husband "Captain Forearms", and I must admit, his forearms are pretty impressive. But I think my husband could give him a run for his money. (The massive jaw muscles aren't bad either.) 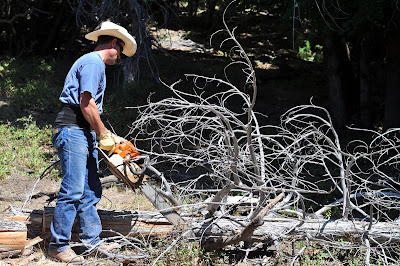 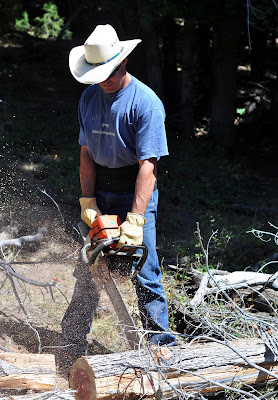 He's got even bigger biceps, but I'll have to try to catch them on another post, he's not very generous about showing off the guns. If he weren't so intent on his work, I never would have gotten these either.

He cut down two dead red cedar trees and the second - this one - fell exactly where he planned it, but the first one, well, he was a little too confident and didn't notch it the right way and it fell right toward him! I swear it took at least 7 1/2 months off my life! But luckily, he's nimble as well as strong and he managed to get away from it by the skin of his teeth. Whew!

He was more careful with this one and I used the continuous shutter on my camera to capture this nifty little sequence. Timber!...... 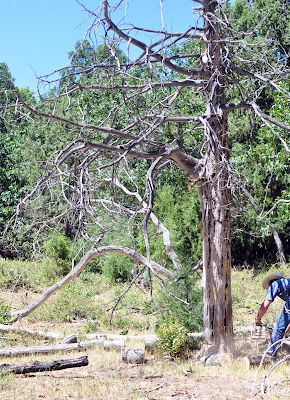 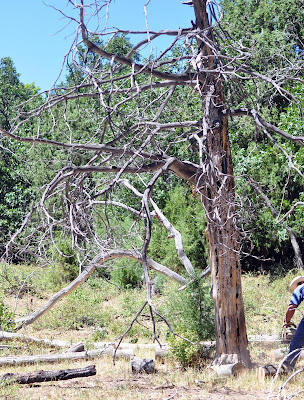 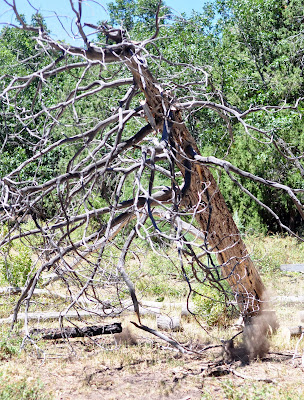 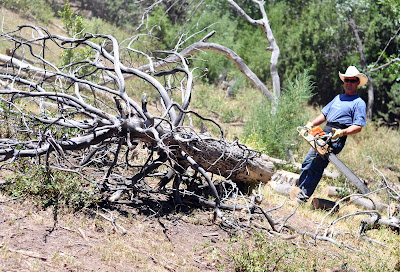 We ended up with a big load of red cedar and oak to burn this winter - and by george, on the way home he talked about giving it away to some friends who didn't own a truck. My compassionate lumberjack/aka Captain Forearms II.

You are so sweet and completely in love with him...that is very clear!